Overlooking the lake, hot springs, the mountain, the village 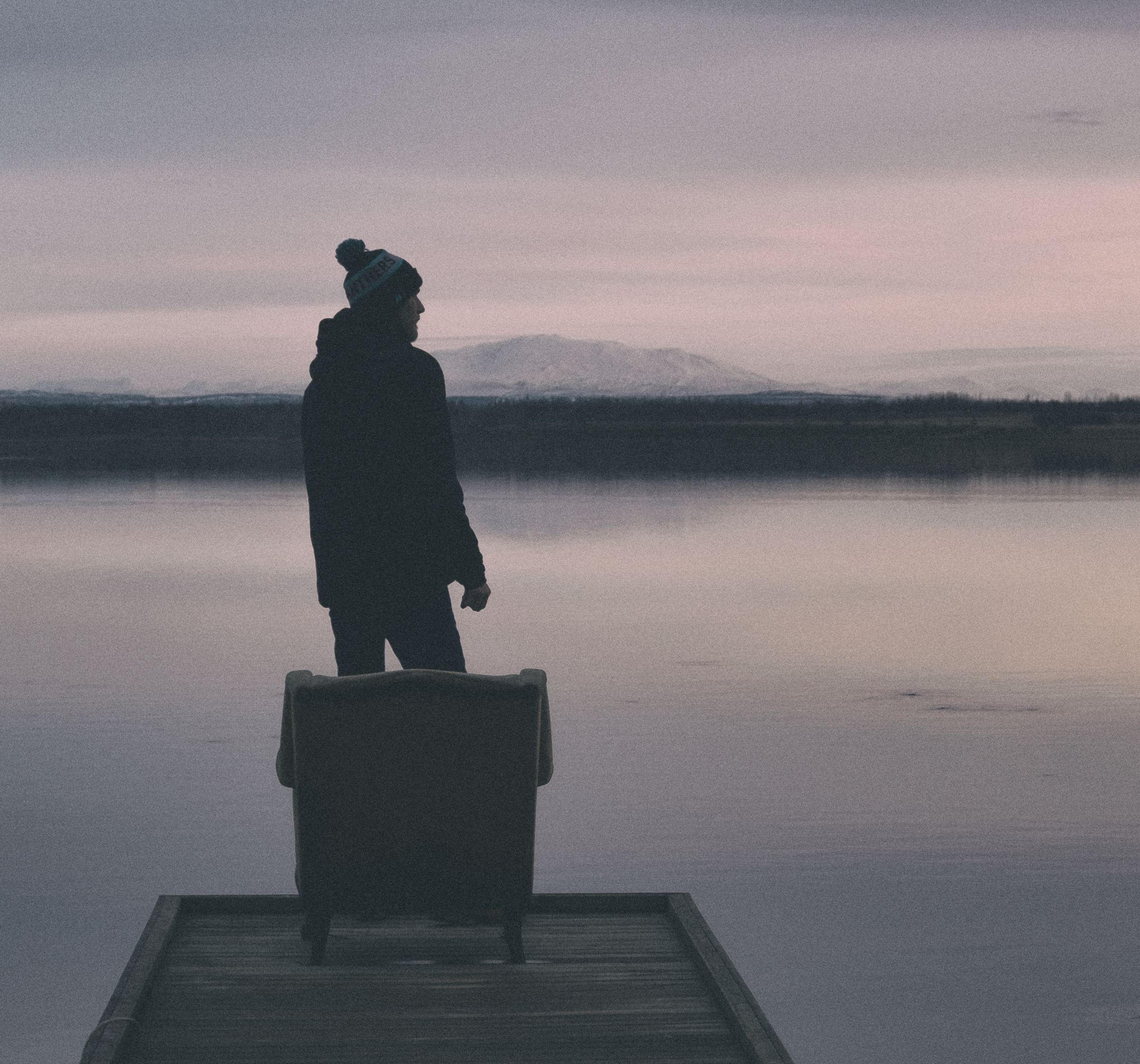 “And when the spring breezes blow up the valley; when the spring sun shines on last year’s withered grass on the river banks; and on the lake; and on the lake’s two white swans; and coaxes the new grass out of the spongy soil in the marshes – who could believe on such a day that this peaceful, grassy valley brooded over the story of our past; and over its spectres?” 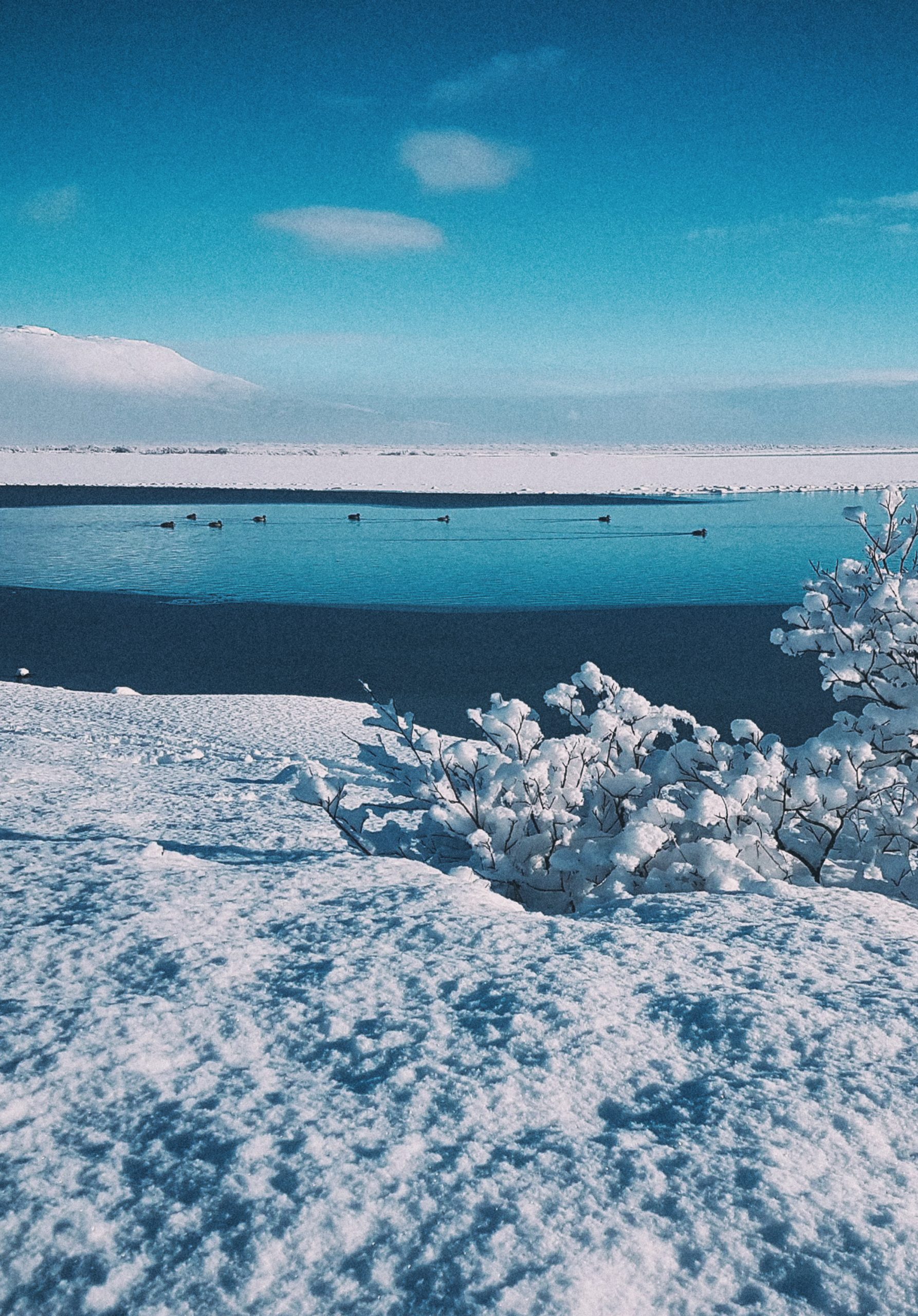 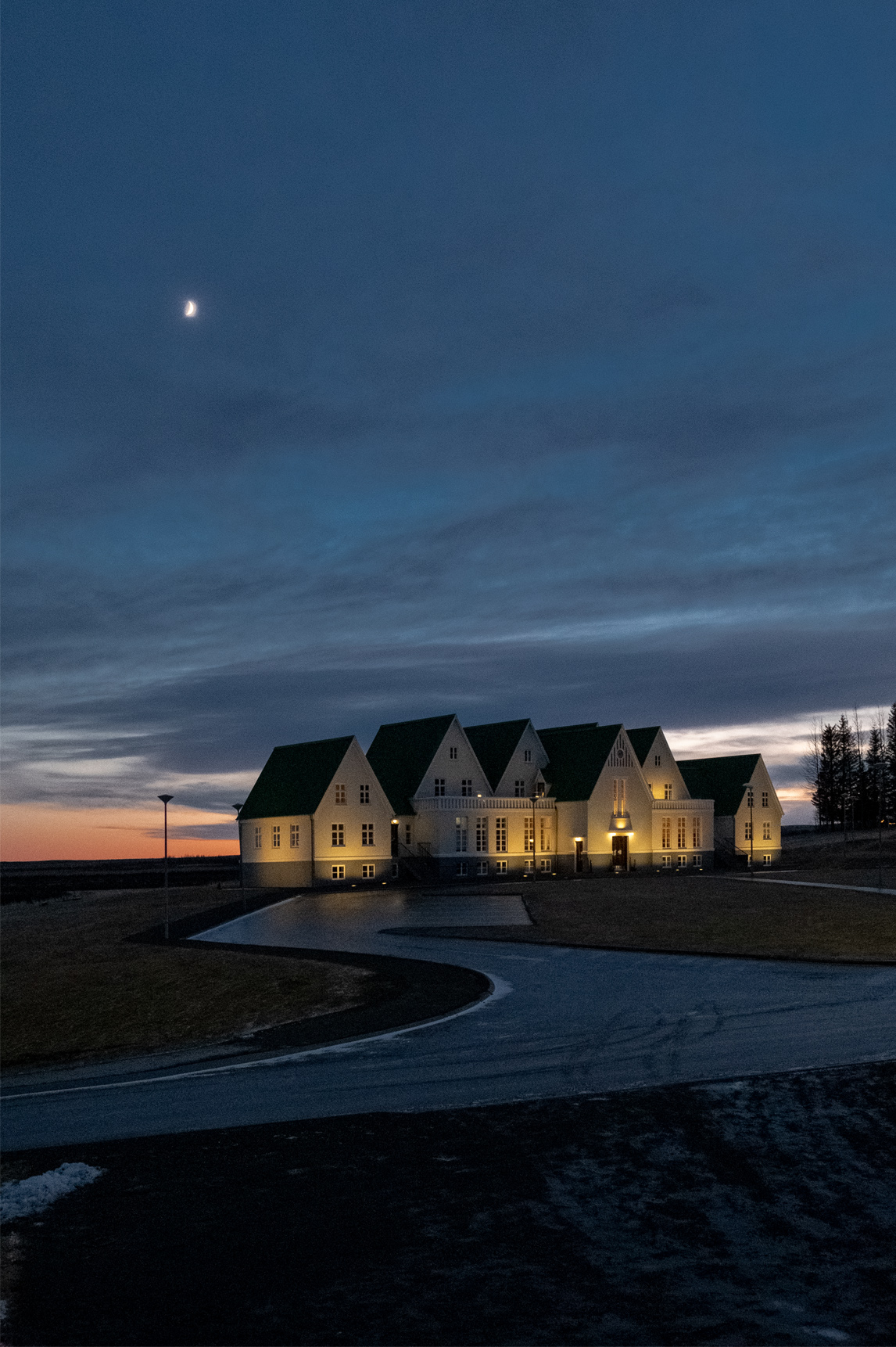 From the old sagas to a contemporary lifestyle

Laugarvatn is a land full of history. Alþingi, the national parliament of Iceland, was built a few km away, in the national park Thingvellir. The year 874. Since then, rejuvenescent baths in Laugarvatn are a tradition. In 1929, the minister of education, Jónas Jónsson, decide to make Laugarvatn the education center in the south of Iceland. The iconic Héraðsskólinn Born. At the present day, there is a high school, The University, and a Campus where every week welcomes kids from all of Iceland for a personnel development program. Laugarvatn sits between tectonic plates where 200 habitants reside. Curtains of smoke reveal the hot springs. They are abundant in the region. The most famous is Geysir and Strokkur. A cocktail of sulfur essence, wet mountain moss, and a fresh breeze from the lake expand in the lungs. When the horizon is visible, Hekla is worn by the Icelandic season’s design. On the Northwest, stable mountains are covered by gravel, moss, and sometimes with an ice mousse on top, giving charm and character to the village. The wonderland region is composed of waterfalls, glaciers, caves, forests, natural pools, rivers, wild highlands, elves, and trolls.

The Nobel Prize in literature in 1955, Halldór Laxness, was a constant presence in Laugarvatn. Once a year, the village welcomes artists from around the world for a temporary residence to create art. From writing to music to visual arts. It seems that Laugarvatn has a balanced Feng shui.  All are welcome to make art in Laugarvatn.

Authentic and full of character

Let's make Winter a delightful playground for all family

Let's have a good time

Page load link
We use cookies on our website to give you the most relevant experience by remembering your preferences and repeat visits. By clicking “Accept”, you consent to the use of ALL the cookies.
Do not sell my personal information.
Cookie SettingsAccept
Manage consent

This website uses cookies to improve your experience while you navigate through the website. Out of these, the cookies that are categorized as necessary are stored on your browser as they are essential for the working of basic functionalities of the website. We also use third-party cookies that help us analyze and understand how you use this website. These cookies will be stored in your browser only with your consent. You also have the option to opt-out of these cookies. But opting out of some of these cookies may affect your browsing experience.
Necessary Always Enabled
Necessary cookies are absolutely essential for the website to function properly. These cookies ensure basic functionalities and security features of the website, anonymously.
Functional
Functional cookies help to perform certain functionalities like sharing the content of the website on social media platforms, collect feedbacks, and other third-party features.
Performance
Performance cookies are used to understand and analyze the key performance indexes of the website which helps in delivering a better user experience for the visitors.
Analytics
Analytical cookies are used to understand how visitors interact with the website. These cookies help provide information on metrics the number of visitors, bounce rate, traffic source, etc.
Advertisement
Advertisement cookies are used to provide visitors with relevant ads and marketing campaigns. These cookies track visitors across websites and collect information to provide customized ads.
Others
Other uncategorized cookies are those that are being analyzed and have not been classified into a category as yet.
SAVE & ACCEPT
Go to Top